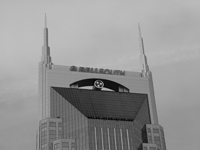 The defendant was involved in a single motor vehicle crash.  When the officer made contact with the defendant he smelled an obvious odor of an alcoholic beverage coming from his breath. The officer then requested he submit to three field sobriety tests. While he completed the tests the officer noted he was unsteady on his feet, unable to follow simple directions and displayed several indicators that are consistent with that of an intoxicated person. After he had completed all of the field sobriety tests the officer determined he was under the influence of an intoxicant. As a result of the officer’s observations on the field sobriety tests, the defendant was placed under arrest for DUI and advised of Tennessee's Implied Consent Law. After being advised of the implied consent law officer requested he submit to a breath alcohol test. The defendant agreed to submit to the breath and his Breath Alcohol Content was .14%.

Defendant and victim began arguing in their living room.  The argument turned physical when defendant slapped victim and threw victim to the ground.  Officers were called to the location where it was determined that the defendant was the first aggressor.  Pictures were taken of redness of the victim’s face and arm. Victim does wish to prosecute.

Suspect was stopped for suspicion of speeding. A computer check of his license revealed a warrant hit.  When the suspect was removed from the vehicle and asked to place his hands behind his back he did not comply. He fled on foot and was caught by officer after a several block pursuit. A subsequent search of his vehicle revealed 26 grams of marijuana.  Suspect was charged with felony possession of marijuana for resale.

The defendant was stopped for traffic violation, he had a strong odor of alcoholic beverage and he admitted to having two drinks. He did not perform the field sobriety tests as directed and he agreed to take a breath alcohol test in which he registered .12%

Victim and witnesses state that as they left bar on Broadway/5th Ave S the defendant and his friends began harassing them.  When victim told them to stop, the defendant struck him in the head with what he believed to be a rock causing a 3 inch laceration to forehead. When police approached the defendant near 501 Broadway he attempted to flee on foot back towards 5th Ave S on Broadway. While attempting to cuff defendant he continued to struggle. The defendant was taken back to the scene where he was positively identified by victim and witnesses. Victim was transported to Baptist hospital by NFD for treatment.

The defendant was a passenger in a vehicle stopped because the driver was speeding. The driver gave consent to search the vehicle. A search was conducted and officers found several small white rocks scattered throughout the seats and floorboard of the vehicle near the defendant. The substance was field tested and was positive for cocaine base. None of the vehicles occupants admitted to ownership of the cocaine that was found.

Case dismissed for lack of proof

The defendant was charged as a 2nd offense DUI.  The officer observed a vehicle make a left turn in front of a oncoming vehicle nearly causing a traffic crash. After this vehicle stopped, the officer began to talk to the driver. While talking to the driver, the officer noticed that his eyes were bloodshot and watery, and there was a strong odor of an alcoholic beverage on his breath and person. He admitted to drinking 5-6 beers and agreed to exit the vehicle. The officer asked him to stand with his feet together and he nearly fell down. He agreed to perform field sobriety tests and showed several indicators of impairment. The officer placed him under arrest and read Implied Consent Law. He consented to the breath test.  The result was .12%. A computer check showed that he had a prior DUI conviction in Davidson County in 2006.

Officers received information that narcotics were being sold from Defendant’s home.  When officers arrived at the home there was a male and a female subject that were at the location. Officers spoke with both subjects about their reason for being there, and both subjects gave consent for officers to search the room. While searching the room officers located what looked to be a container of Ajax brand powder cleaner, but when officers turned the container upside down, the bottom of the container was able to be unscrewed. Inside the container was 4 grams of cocaine, and money. After officers made this discovery both subjects were read their Miranda rights. After Miranda, both subjects were interviewed separately, and Defendant did admit to ownership of the cocaine that was found. Defendant also signed a consent form so that officers could search.

Result:
After bench trial, the case was dismissed for lack of proof beyond a reasonable doubt that the defendant was driving under the influence.